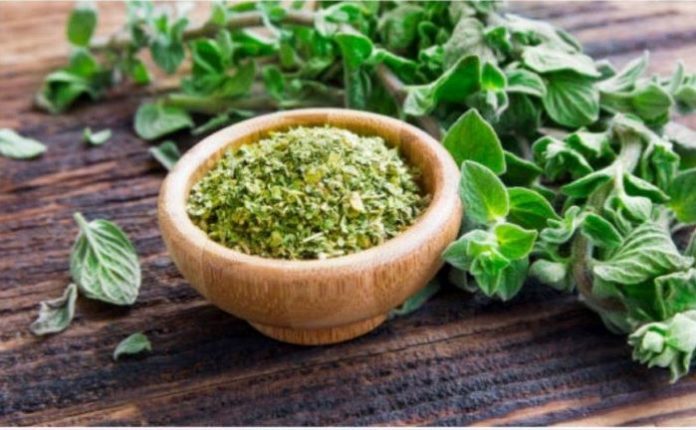 Oregano is not just a herb used to flavor foods, it is also known to have health benefits and is used as a home remedy for many ailments. The phytonutrients in oregano, especially carvacrol, are responsible for claims of its anti-inflammatory, antioxidant and immune-boosting properties. Some studies suggest that the various phytochemicals in oregano may help relieve cough and muscle spasms and fight infection. Just as there are countless benefits of oregano, in the same way, oregano is also full of benefits.

Before knowing the benefits of oregano, it is very important for us to know what is oregano. Common or wild oregano is a perennial plant native to the Mediterranean region and Asia and is cultivated in the United States. The name oregano comes from the Greek words “oros”, meaning mountain, and “ganos”, meaning joy. There are different types of oregano, with the most common types being oregano, also known as Spanish thyme, and wild marjoram. People use oregano in the diet as a supplement and aromatic oil. Oregano has olive-green leaves and purple flowers. It is closely related to other herbs including mint, thyme, marjoram and basil. The antioxidants thymol, carvacrol, limonene, terpene, ocimene and caryophyllene give the herb its flavor and aroma. They also contribute to the health benefits of oregano oil. Oregano provides other antioxidants when people consume it in the diet.

Oregano contains various minerals (such as calcium, magnesium, zinc, phosphorus, sodium, potassium, and selenium), vitamins (such as vitamins C, K, A and E, folate, and B vitamins) and many other beneficial compounds, such as lutein, zeaxanthin, thymol and carvacrol which act as antioxidants.

Oregano contains chemicals that may help reduce cough. Oregano may also aid digestion and fight certain bacteria and viruses. People use oregano for wound healing, parasitic infections, and many other conditions. Some studies suggest that the various phytochemicals in oregano may help relieve cough and muscle spasms and fight infection. While some believe it is also good for the gut, aiding in digestion by increasing the flow of bile (a fluid produced by the liver that aids in fat digestion). But its benefits are not limited to this. Here we are telling you about the benefits of oregano.

If you use oregano traditionally, you can get relief in kidney stones. It acts as a diuretic, which increases the volume of toilet and reduces the hype saturation of crystals and anti-spasmodic agent or relieves pain. Apart from this, it helps in the breakdown of calcium oxalate stones and prevents the formation of stones. It has antioxidant properties that eliminate free radicals and keep oxidative stress away.

Helicobacter pylori is a bacteria that causes the onset of stomach and duodenal ulcers. Oregano is a strong inhibitor and it helps in the healing of ulcers. Oregano’s antioxidant capacity protects against the harmful effects of H. pylori and fights oxidative stress. Oregano and oregano essential oils inhibit pathogens that cause food poisoning and stomach discomfort.

Oregano also has some anti-cancer properties. It inhibits the growth of cancer cells, stops the spread of cancer and kills the harmful cancer cells. Scientists have found evidence that the extract may help prevent DNA damage in cells caused by oxidative stress, radiation, and mitogens, a type of protein that can cause unwanted cell division. Researchers have also found evidence that carvacrol and thymol can stop the growth of melanoma cells and prevent the spread of skin cancer.

Teeth loss has become a health concern in today’s lifestyle. The problem of tooth decay has increased significantly due to excessive consumption of sugar-rich foods, soft drinks and processed foods. Oregano is considered an effective remedy for decaying teeth as it exhibits antioxidant and anti-microbial properties and fights bacteria and fungi that negatively affect overall oral health. The antimicrobial property of oregano is due to the presence of health-promoting compounds such as polyphenols, phenolics, quinine, flavones, tannins and quercetin. These compounds inhibit the growth of oral pathogens and prevent tooth decay.

If you are suffering from body pain, then oregano can help you a lot in this. Oregano has significant analgesic properties, which help in relieving pain. Such a property of oregano is attributed to the existence of ‘carvacrol’. Carvacrol blocks the compound that causes pain. Oregano also contains ‘Rosmarinus acid’, a powerful antioxidant that produces an analgesic effect in the brain.

Just as everything has its advantages and disadvantages, similarly oregano has its advantages and disadvantages too. Oregano as an herb, oil or supplement is likely to be safe for most people. However, be sure to consult your doctor before starting any supplement, even if it is oregano, especially if they are taking other medications or have a medical condition. Also avoid oregano products for 2 weeks before surgery, as this may increase the risk of bleeding. Oregano can affect the body’s ability to absorb zinc, iron, and copper. It can also lower blood sugar. In addition to all this, people who are allergic to plants belonging to the Lamiaceae family such as basil, lavender, peppermint, etc., should be careful while using oregano as they may also develop an allergic reaction to oregano.

If you like the benefits of oregano given here, then do not forget to share them with your friends and family.