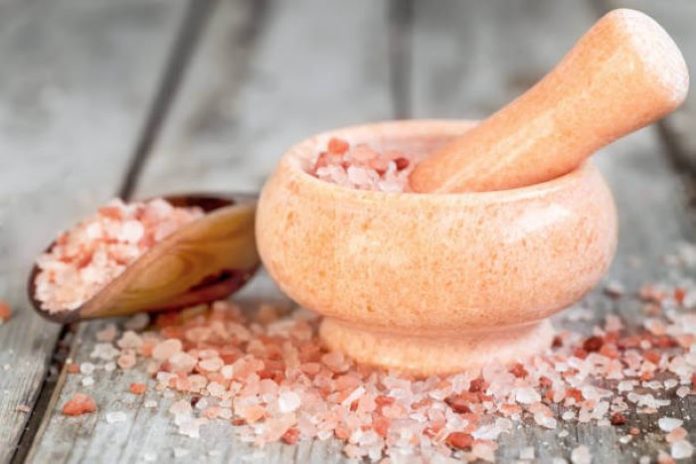 Rock salt, as it is popularly known, is a favorite of those who fast during the auspicious days of Navratri. This is the only type of ‘salt’ to be consumed during these nine days. Unprocessed and raw salt is considered the purest because it does not contain any kind of chemical. It contains many nutrients required by the body including potassium, iron, calcium, zinc, magnesium, copper etc. Most people like to use rock salt in their daily life as well. Here we are telling you about the disadvantages of rock salt including the benefits of eating rock salt. But before that let us know what is rock salt after all?

What is Rock Salt

Rock salt is used throughout North India as a fasting ritual during Navratri. It is made by evaporating sea water and does not contain high amounts of sodium chloride. Rock salt is less saline in taste and has a granular texture in the form of rough crystals. It plays an important role in replenishing the body’s electrolytes and maintaining the pH balance. Himalayan pink salt is one of the best-known types of rock salt, but there are many other varieties as well. In India, large deposits of raw rock salt are found in the semi-arid valley areas of the Himalayas in the inland seas etc. There is no doubt that rock salt is the purest type of rock salt in India. It is not made chemically like table salt. Also it does not contain iodine, so it is sold commercially in small quantities.

The benefits of rock salt compared to common salt are astonishing. Rock salt is highly valued in Ayurveda, an integral part of the system of alternative medicine originating in India. The properties of rock salt provide many health benefits, such as treating cold and cough, as well as aiding in digestion and eyesight. Rock salt is a form of mineral and consists of isometric crystals of sodium chloride. Apart from this, rock salt also contains nutrients like zinc, iron, manganese, potassium and magnesium. Here we are telling you the benefits of eating rock salt.

See More: Benefits of Soybeans Eating and Side Effects

Rock salt is a natural way to improve digestion and relieve stomach pain. You can mix rock salt and a few crystals of fresh mint leaves in a glass of lassi and reap the benefits. Rock salt can also be used to cure stomach infections. Rock salt has also been used in Ayurvedic medicine as a home remedy for various digestive ailments, including stomach worms, bloating, constipation, abdominal pain and vomiting.

Incorporating rock salt in the diet in the right proportion greatly improves water and mineral absorption within the system. Along with increasing the energy of the body, it also supplies many essential nutrients. While metabolism refers to certain chemical reactions in our body that help in maintaining the health of cells and organisms. Rock salt can be used to boost the body’s metabolism and fill it with energy.

Beneficial in Headache and Migraine

The problem of muscle cramps can arise due to the imbalance of salt and electrolytes in the body. Electrolytes are essential minerals that your body needs for muscle function. Because rock salt contains a variety of electrolytes, it can help relieve muscle cramps and pain.

Rock salt helps in relaxing the body and mind. To relieve stress and anxiety, add a tablespoon of rock salt to the bath water and take a relaxing bath. Apart from this, by consuming a little rock salt in soup or salad, there is an immediate increase in the functions of the nervous system. It activates the brain and relaxes the mind. It also helps to reduce stress levels, reduce the risk of chronic diseases like diabetes, heart disease and cancer, as well as ensure deep, uninterrupted sleep at night.

Reducing sodium in your diet is the best way to maintain your BP. Even a small reduction of sodium in the diet can improve blood pressure by about 5 to 6 mm Hg. This is the reason why it is better to take Himalayan salt or rock salt than plain salt. Rock salt keeps blood pressure stable by maintaining the balance of high blood pressure and low blood pressure, as it is high in potassium.

Losing weight is a common concern among men and women, consumption of rock salt can help in reducing fat and helps a person to become slim. This is due to the minerals present in rock salt that reactivate insulin by reducing the sugar cravings. The lower the craving for sugar, the less a person will consume it. Consuming rock salt with lemon daily can help with weight loss as well as combat obesity.

The amount of sodium in rock salt is high, so it should not be consumed more than 6 grams per day. Excess amount of sodium can prove to be fatal for our body. It should also be used with other spices and herbs. Also, those people whose blood pressure is very high, those people should not consume rock salt, because it can be harmful for their health. On the other hand, using rock salt instead of table salt can lead to iodine deficiency.

FAQ’s about the Benefits of Rock Salt

Ans: No, rock salt does not contain iodine.

Q2. What happens if you drink hot water mixed with rock salt?

Ans: Every salt has its own specialty. As table salt contains iodine, rock salt contains more sodium. Now it is up to you which salt you want to choose for your family.

Q4. Which salt should be eaten in high blood pressure?

If you like the benefits of rock salt mentioned here, then do not forget to share them with your friends and family members.