Home HEALTH Benefits of Stevia Plant and Disadvantages of Stevia 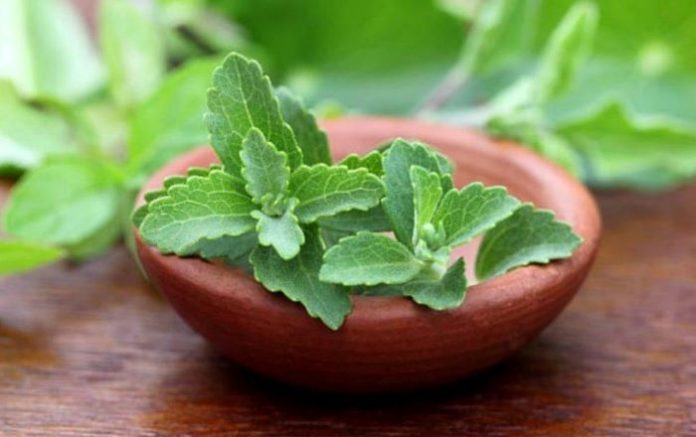 The leaves of the stevia plant have been used by the Guaraní people for over 1,500 years. Traditionally, the plant was used to sweeten tea, and had many applications in folk medicine. The first scientific record of the plant dates back to 1899, when the Swiss botanist Moises Giacomo Bertoni (known in Spanish as Moises Santiago Bertoni) announced the discovery of the sweet-tasting plant and named it Eupatorium rebaudianum. In the early 1970s, Japanese scientists developed the first commercial stevia-derived sweetener, which quickly gained popularity in that country. Food and Medicine Administration (FDA) in 2008. The European Union approved stevia sweeteners in 2011. There are many benefits of stevia plant, which till now few people know. Here we are telling you about the benefits and disadvantages of Stevia.

What is Stevia Plant?

Also known as Stevia rebaudiana, stevia is a plant that is renowned for its health benefits. It is counted as a healthy alternative to sugar. Stevia is one of the unique food ingredients because it does not add calories like most sugar substitutes. This sweet-tasting plant is used to sweeten many beverages. It is also used as an herbal supplement and a non-nutritive sweetener. Its taste is 200-300 times sweeter than real sugar. Also, it is classified as no-calorie because it contains few or no calories. Stevia Plant is originally native to Paraguay and Brazil, but is now also grown in Japan and China. Not everyone likes its taste. Some people find it bitter, but others find that stevia tastes like menthol. Try it in your morning coffee or sprinkle it on your oatmeal to see if you like the taste.

Unlike other sugar substitutes, stevia is natural. It is made from a leaf related to popular garden flowers such as aster and chrysanthemum. In South America and Asia, people have been using stevia leaves to sweeten drinks such as tea for many years. The benefits of stevia include weight management, diabetes control and many others but there are also disadvantages of stevia. About the disadvantages we will tell you later. Let us first know the benefits of stevia (stevia plant benefits).

Stevia has natural sweetening properties that can be replaced with sugar. Due to all these health benefits, it is good for diabetics. It does not contain calories or carbohydrates which is an added benefit of using stevia. Also, it has no effect on insulin or blood sugar levels. Therefore, people with diabetes can add stevia to their drinks and foods. When blood glucose rises, glucagon drops. It controls the level of glucose.

Overweight and obesity have many causes, such as physical inactivity and excessive consumption of energy-rich foods that are high in fat and added sugars. Another health benefit of stevia is that it helps in controlling weight. One of the main reasons for weight gain is excess calorie intake. Since stevia does not contain a lot of calories, you can include it in your food and drinks to control weight.

Reduce The Risk of Cancer

Cancer is such a fatal disease, which has taken many lives till now. However, to prevent and deal with a disease like cancer, research is being done every day. Stevia contains several sterols and antioxidant compounds, including kaempferol. This compound is found to reduce the risk of pancreatic cancer by 23%.

From the very beginning, doctors have been advising children to give little or no sugar. Stevia-rich foods and beverages can play an important role in reducing calories from unwanted sweeteners in children’s diets. There are now thousands of products on the market that contain naturally derived stevia, ranging from salad dressings to snack bars. This availability allows children to consume sugary foods and drinks without the added calories while transitioning to a low-sugar diet. Keep in mind that excessive sugar and calories are linked to obesity and heart disease.

In 2010, the European Food Safety Committee (EFSA) reviewed the existing literature to determine whether there was any cause for concern regarding the potential for allergic reactions to stevia. Atrophy found that stevia glycosides are not reactive and also not mobilized to reactive compounds. For this reason, stevia is less likely to cause any skin or body allergies. Even highly purified forms of stevia extract are unlikely to cause an allergic reaction. There have been no reported cases of allergic reaction to stevia since 2008.

How to Use Stevia

Stevia can be used as a substitute for table sugar. In addition, stevia leaf extracts are available as a dietary supplement. Since it naturally contains sweetener compounds, people can add stevia to many foods and beverages for sweetness. Worldwide, more than 5,000 food and beverage products currently use stevia as an ingredient. Stevia sweeteners are used as an ingredient in products throughout Asia and South America. Such as- ice cream, sauces, desserts, yogurt, spicy foods, soft drinks, bread, candy, chewing gum, seafood and prepared vegetables. You can use stevia like sugar. Baking with stevia can be tricky. Since it does not have the same chemical properties as sugar, it will not give the right texture to cakes, cookies and breads. Try experimenting with proportions or additional ingredients.

Just as everything has advantages and disadvantages, stevia also has side effects. For example, long-term consumption of stevia can cause kidney damage. It increases the speed at which the body expels water and electrolytes in the form of urine. Another side effect of stevia sugar is indigestion and a low metabolic rate, which can lead to some health hazards. Apart from this, increased consumption of stevia can also lead to hypoglycemia, also known as low blood sugar. Also it is a type of steroid that can interfere with hormones controlled by the endocrine system.

If you like the Benefits and disadvantages of stevia given here, then do not forget to share them with your friends and family.