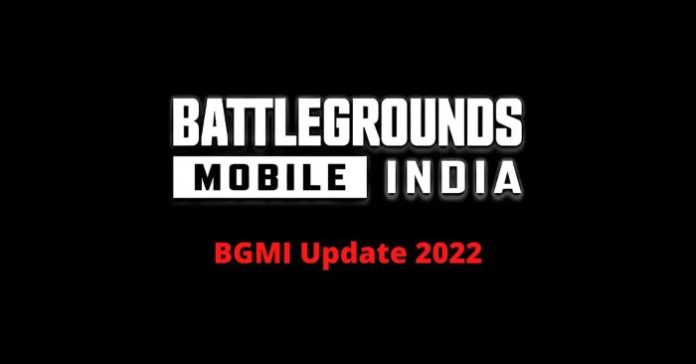 BGMI Update 2022 – Good news for all BGMI lovers because Crafton (BGMI parent company of PUBG Mobile) has finally announced a major update after 2 months. With this BGMI 2.0 update, it is clear that Crafton is about to add some new features that fans are excited about. It is expected that there will be significant changes in Maps, Firearms etc.

BGMI Update has brought great news for the player’s. In which you will get to see many new things. Due to this update, fans of BGMI are getting a lot of enthusiasm. All the BGMI fans are eager to see what new things will be seen in this update. Let us tell you that this new update is available on Google Play Store.

In today’s article, you will get to see the following details related to BGMI 2.0 update.

Just a few days after releasing its massive update, Battlegrounds Mobile India (BGMI) is finally getting another update. This time it’s with Crafton and Neon Genesis Evangelion, an anime series that has been loved by many around the world for years and will add some new features to explore.

New Update, version 2.0 from Crafton is available and can be downloaded from the Google Play Store. As always we’ll let you know when it arrives on your device, but until then make sure to connect via WIFI if possible as this is the expected time frame for it to arrive:

Crafton requests that players have a WIFI connection so they can download updates without spending their limited quota on mobile data. The developers also make sure to notify you when this happens.

Below are some of the things that you will get to see in the new BGMI 2.0 update.

The official Livik Map allows players to experience new battles. The Livik Map will get major upgrades including new weapons, new utility task vehicles, recall towers, supply shops, and more. With new themes, an all-terrain UTV, and a variety of weapons, players will need to manage their own strategies and tactics as they tackle the difficult terrain.

New supply zones have been introduced that allow players to sort through different types of crates and stock up on supplies to keep them going until the end.

They will use the brand new zipline to move between locations and access special supplies. Players can also navigate the treasure map to find more supplies. You will get to see some upgrades and modifications in weapons like the S12K and S1897.

The core circle mode is inspired by the Japanese animation EVANGELION. Players can receive new skins, progress-related bonuses, and rewards. Erangel and Livik now have a new mod. Erangel has an exciting battle with the 6th Ange of EVANGELION. In-game discovery events allow players to access themes and grant additional progress bonuses. You can see that some rocket items are colliding with the diamond shaped object. Then the object is divided into several parts.

Miramar’s emergency pickup feature will allow players to call for an instant pickup. If they lose it will put them back on their playing field. Players can also use Revival Tower to bring back fallen comrades.

The update also includes improved haptic feedback, sponsorship match feature support, as well as improvements to controls such as the like button for spectator mode, which allows for immersive gameplay.

Upgrading to BGMI 2.0.0 will get you 2 Classic Crate Coupons. With the BGMI 2.0.0 update. Additionally, the new BGMI 2.0 update will introduce Cycle 2 Season 6 and Month 11 Royal Passes.

One machine in Georgopool can deal heavy damage. To avoid this, you have the option of taking refuge in one of the defensive fortress buildings. It can be found at various places.

It can be confusing for the user to know which event has completed and which is left. With this update, you will be able to hide the events completed in the latest update of BGMI 2.0.

In the last BGMI 1.9 update, they introduced a new mode called Royale Arena. It was available on 2 maps Erangel and Livik. Sanhok has also been added in the latest update.

This feature was in high demand and players wanted to know how much RP they had left during the match. It can be difficult to remember all the unfinished missions. This feature makes it easy to keep track of all the remaining missions.

Normally, we fly by plane to the island of spawn, but this update introduces a helicopter. This will allow you to carry your squad and you can even grab skins at some events. The spawn island also has a helipad.

Ans: BGMI has brought an upgraded version of BGMI 2.19.19. Here you will find many interesting features. You can read our article to know what those features are.

Ans: Yes, BGMI 2.0 is fully available in India. You do not need a VPN to download BGMI 2.0 version.

Q3. Which is the best source for BGMI 2.0 download links?

Ans: The best source of BGMI 2.0 download links is the official website itself. You are safe while downloading BGMI 2.0 from play store and app store. There is always some kind of risk involved with APK files. Some sources may provide you with harmful APKs which may pose a threat to your device.

So friends this was BGMI Update 2022. I hope you liked this article today. If you liked this article today, then definitely share it with your friends and also turn on the notification bell of the website so that in the coming time you do not miss any article because we are providing such helpful articles for you daily. Keeps bringing If you have any problem related to this article, then you can ask us by commenting, we will try our best to solve your problem. Thank you.