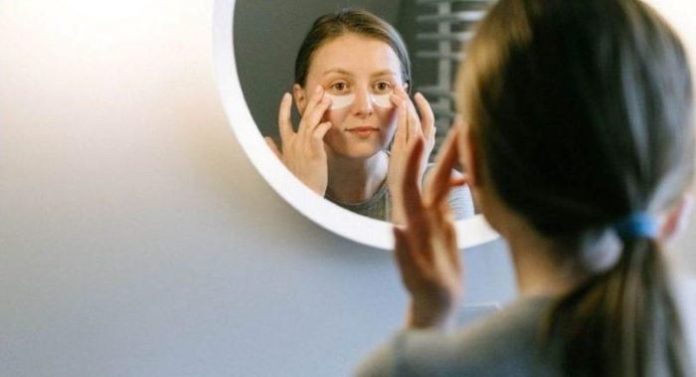 The pregnancy period is that nine-month journey for women, in which they have to keep one step at a time. During pregnancy, women have to face new problems. One of these is the dark circles that occurs under the eyes during pregnancy, that is, in common language, dark circle.

During pregnancy, women start feeling tired after a while and due to fatigue, they cannot sleep. In such a situation, due to the fatigue and lack of sleep throughout the day, dark circles appear on their face even more.

In fact, this nine-month journey for pregnant women gives dreams on one hand and on the other hand it also takes a big ordeal. But don’t worry, every problem has some solution. Just pay attention to the things given below, which will be of great help to reduce dark circles under the eyes during pregnancy.

Causes of Dark Circles during Pregnancy

What can be the reasons behind dark circles in pregnancy, we are giving information about it below:

During pregnancy, the production of melanin is high, due to which pigmentation starts forming under the eyes.

Hormone changes in the body are one of the main causes of dark circles in pregnant women. Due to the imbalance of hormone levels, the amount of blood cells on the surface of the eyes increases. At the same time, the skin around the eyes is very thin and sensitive. Because of this, the area around the eyes becomes darker.

Usually all pregnant women complain of morning sickness and nausea. Due to this there is a lack of water and nutrients in the body. During this, the direct effect of not eating food and complaints of sickness starts showing on the face in the form of puffy skin and dark circles.

4. Not Getting Enough Sleep

Lack of sleep can also be one of the reasons for having dark circles during pregnancy. It is mentioned in a research done on pregnant women. It has been told in research that due to not getting enough sleep, the area under the eyes starts to appear dark.

Below we are telling some easy ways to get relief from dark circles in pregnancy. By adopting these, the problem of dark circles can be relieved to a great extent.

The antioxidants present in rose water strengthen the skin cells. Using it regularly makes the skin look young and glowing. To apply this, take rose water in a cotton pad before sleeping. Keep it under the eyes for 15 minutes.

If you are looking for home remedies for dark circles in pregnancy, then tomato can be a name in this list. This can be attributed to a phytochemical called lycopene present in it. It can be helpful in reducing dark circles and giving a fresh look to the skin. Keep in mind that people with sensitive skin should mix rose water in it.

To reduce the dark circles around the eyes during pregnancy, you can massage with almond oil drops every night. The emollient properties present in it brightens the skin tone and provides protection from the harmful rays of the sun. Using it regularly can reduce dark circles to a great extent.

Some other Tips for Dark Circles in Pregnancy

In the article above, you learned about home remedies for dark circles during pregnancy. Here are some other tips related to this, which can be helpful in preventing dark circles:

Most of the women have the problem of dark circles during pregnancy. In the article, some important tips have been shared to prevent this. Also, information has been given about some home remedies. Please consult your doctor once before adopting any remedy. Happy and safe pregnancy.