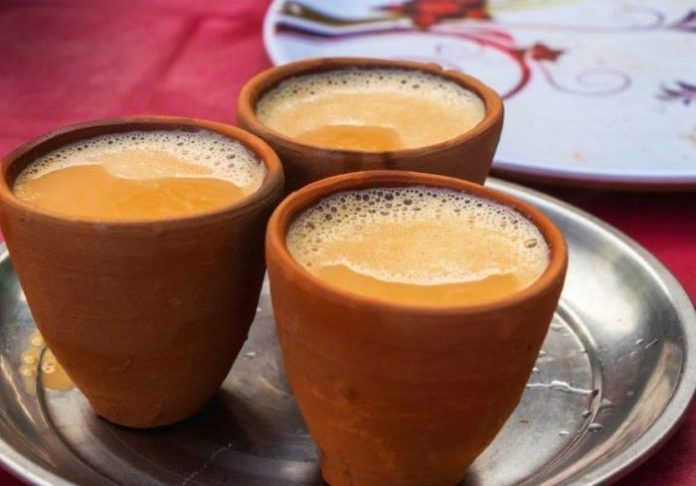 Tea is one such energy drink that everyone can make according to their taste and preferences. In winter, tea has its own medicinal properties, which keep the body warm and are also considered to give relief in problems like arthritis, sore throat. But in the life of many people, tea becomes such a habit that they are unable to say it even if they want to and they start consuming more than 3-4 cups of tea in a day. The chemical structure of caffeine present in tea is similar to a compound called adenosine, which is able to relax the central nervous system. Caffeine is a natural stimulant and a person gets addicted to drinking excessive tea due to this.

These 7 Disadvantages are Caused by Drinking Tea

These Disadvantages to Health from Tea

Tea contains caffeine as well as tannins, and due to this, many types of damages start to health from tea.

The harm that people usually suffer from drinking tea is stomach problems like gas, flatulence, constipation, due to which digestion is also affected. These problems especially happen to those people who drink several cups of tea on an empty stomach in the morning.

Caffeine present in tea causes heartburn and further aggravates the condition of acid reflux. Drinking excessive tea causes symptoms like throat, burning near the chest, food going up the food pipe. Although they are not serious, they can be uncomfortable and irritating.

Drinking too much tea also increases the intake of caffeine in the body and this increases tension, nervousness and restlessness. A normal sized cup of tea can contain between 11 and 61 milligrams of caffeine, depending on the type of tea you’re drinking. According to research, the consumption of caffeine up to 200 mg does not bother everyone, but some people start having problems with it.

More tea means more caffeine leads to lack of sleep. Too much caffeine inhibits the production of the sleep-stimulating hormone melatonin in the body, and this is why excessive consumption of tea can disturb the sleep cycle.

Nausea comes on top of the disadvantages of drinking tea on an empty stomach, so it is advised to drink tea with some food item like bread or biscuits.

First of all people like to drink tea in headache because tea gives instant relief in headache due to fatigue. But some people start complaining of frequent headaches even after drinking too much tea. In fact, when people drink tea from regular, routine, this routine consumption of caffeine emerges as a recurring headache. For those who are sensitive to caffeine, even 100 mg of caffeine taken in a day can be harmful.

Disadvantages of Drinking Tea during Pregnancy

Drinking tea during pregnancy is not harmful unless the pregnant woman is consuming more than 200 mg of caffeine. An overdose of caffeine taken from any source, such as tea or coffee, can increase complications during pregnancy and can be responsible for everything from miscarriage to low birth weight.

Many research indicates that if a pregnant woman consumes between 200 and 300 mg of capine, she is not at high risk, but according to the American College of Obstetricians and Gynecologists, pregnant women should consume more than 200 mg. Caffeine should not be drunk.

A cup 240 ml of tea contains 20 to 60 mg of caffeine. Based on this fact, it can be said that a pregnant woman should not drink more than three cups of tea.

If a pregnant woman likes tea, then she can replace her normal tea with herbal or jaggery tea, but still the amount of tea should be less.

Black tea made without sugar and milk is beneficial for health in many ways, but as it is said that excess of anything is not good, then excess of black tea also harms health in many ways. Black tea is much more oxidized during processing than white or green tea and is rich in antioxidants such as polyphenols, due to which the benefits of black tea are immense. However, it also has some disadvantages which are important to know:

1. Drinking more black tea can cause problems like lack of sleep in children and adults.

2. The caffeine present in black tea acts as a diuretic for the kidneys, due to which it increases the problem of frequent urination. Due to its excessive consumption, the amount of sodium and potassium increases in the urine and this is the reason why the pressure of urine starts forming frequently.

4. Black tea undoubtedly helps in controlling blood sugar in sugar patients, but those sugar patients whose sugar keeps on decreasing again and again, they should also drink less black tea. The tannins present in black tea do not allow iron to be absorbed properly in the body.

There is no doubt that the disadvantages of drinking more tea are many, but it is also important to remember that in the winter season, a cup of tea also gives warmth and increases immunity, the benefits of herbal tea or jaggery tea too. There are many, you just have to control its quantity. Both the harm and benefits of tea depend on how long you have been brewing the tea and how many cups of tea you drink. To avoid the harm of drinking tea during pregnancy, care should also be taken that the amount of caffeine is not high. Also note here that although the caffeine in black tea is low, the disadvantages of black tea from an overdose are also visible.