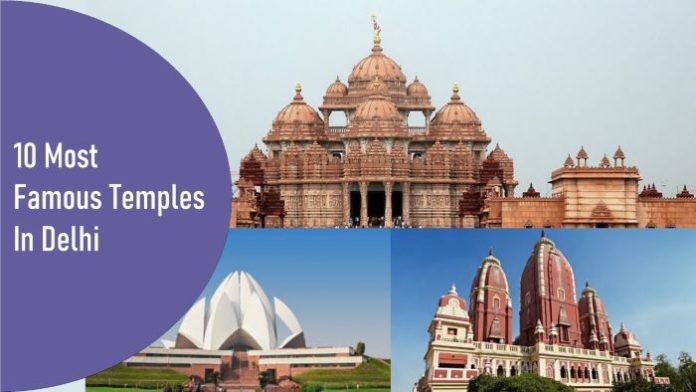 If we turn the pages of history, Delhi has been the capital of many dynasties. Since then Delhi has been witness to forts, monuments, temples, monasteries, mosques, bazaars and many more cultures. Even today Delhi is as beautiful as its history. There are many different places to visit in Delhi. If you are out to visit Delhi or are planning to visit Delhi, then why not start it with such temples here, which are famous for their calm and beauty!? You will not be able to stop yourself from being mesmerized by the architecture of these temples. know 10 Most Famous Temples in Delhi.

Most Famous Temples in Delhi

From very ancient temples to 22 years old temples in Delhi, where you can have darshan of every god. So let us introduce you to the most famous temples of Delhi. 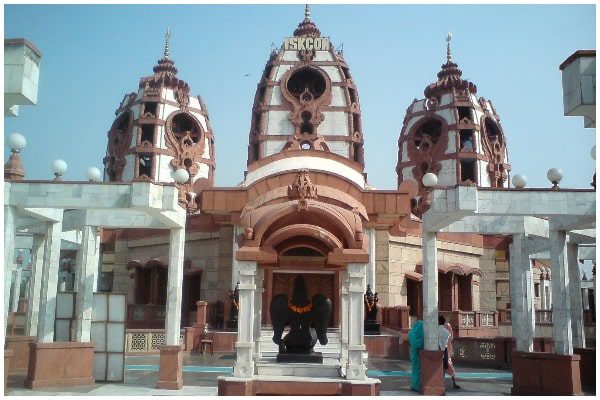 International Society for Krishna Consciousness ISKCON. This temple is dedicated to Lord Shri Krishna and hence it is also known as Hare Rama Hare Krishna Temple. It is one of the most beautiful temples in Delhi. The infrastructure here makes this temple different from other temples. A large crowd of foreign devotees can be seen here. ISKCON devotees consider Lord Krishna to be the main deity. The full name of this temple is Sri Radha Parthasarthi. Apart from Darshan, the Vedic Museum and Robot Show are also special attractions here. The ISKCON temple in Delhi is located in Sant Nagar, East of Kailash. It is located near Nehru Place metro station so you will not face any problem in reaching the temple. 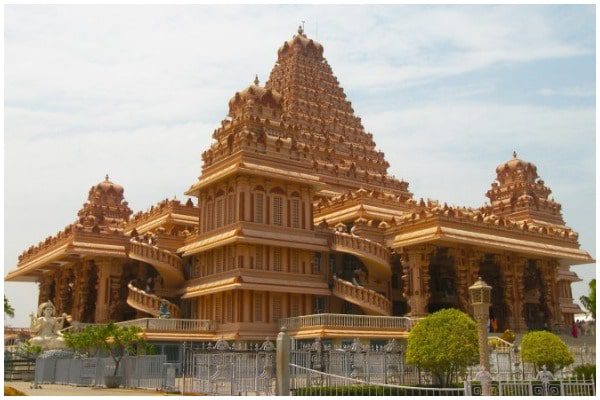 Located in South Delhi, this temple is dedicated to Kalyani Devi. Spread over 70 acres, this temple is one of the most beautiful and magnificent temples of Delhi. The beauty of the architecture of this temple is made on sight. It depicts the arts of North and South India. This temple made of marble is surrounded by beautiful gardens. About 20 small and big temples are also built in the temple complex. In these temples you can also see Lord Shiva, Vishnu, Shri Ganesh, Mata Lakshmi, Hanuman ji, Shri Ram and Mata Sita. A huge tree is planted near the main entrance of the temple, where people tie votive thread, chunari or bangle. It is believed that by doing this the wish gets fulfilled soon. One can easily reach here by metro. 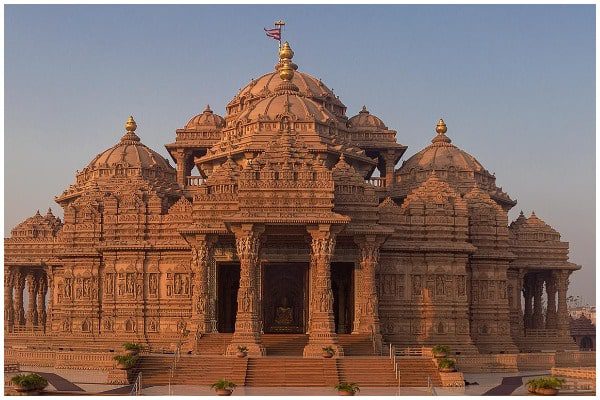 Delhi’s Akshardham Temple is also known as Swami Narayan Mandir. This temple is one of the largest Hindu temples in India. It is known for its grand architecture, Indian culture and spirituality. Spread over 100 acres, the height of this temple is 141 feet. The name of Akshardham Temple is also recorded in the Guinness Book of Records as the largest temple in the world. This temple was officially opened for tourists in 2005. Some people come here just for darshan and some are crazy about the unique structure here. There is a theater named Neelkanth in the temple premises, where events from the life of Swami Narayan are shown. Apart from this, the musical fountain here attracts tourists the most. Fountain show is organized here every evening, in which apart from mentioning the cycle of birth, death, many stories are also told. However keep in mind that tourists are not allowed to carry cameras, mobile phones etc. inside the temple. One can easily reach here by metro. 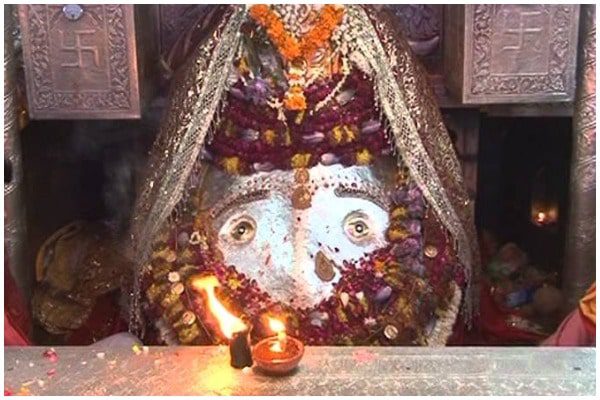 This temple is located in south Delhi’s Nehru Place, opposite Kalkaji, which is dedicated to Goddess Kali, an incarnation of Maa Durga. It is believed that at this place the mother appeared in the form of Mahakali and killed the demons. Hence the temple is also known as Siddha Peeth and Jayanti Kali Peeth. People from far and wide come here for darshan. It is believed that every wish of the devotees who come to see the mother is fulfilled here. It is one of the oldest temples in Delhi. The main temple has 12 gates, which were built on the lines of 12 months and 12 zodiac signs. It is said that when this temple was built, people used to enter the temple according to the zodiac sign and worship was done accordingly. During Navratri, lakhs of devotees throng this temple. 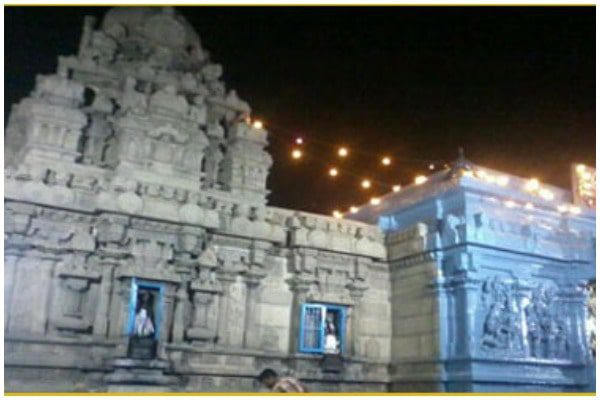 This temple, one of the main temples of Delhi, is located in RK Puram, Sector-7, Delhi. This temple built on the hill is dedicated to Lord Swaminathan. Swaminathan is commonly known as Lord Murugan. People from Tamil, Telugu, Malayalam, Kannada communities mostly come to visit this temple. Talking about the architecture of the temple, a glimpse of South India is visible here. Beautiful and wonderful artwork carved on the walls and ceilings of the temple is made on sight. Most of the idols of the temple are made of black granite stone. A place has been earmarked for men on the left side of the statue and women on the right side to have darshan of the Lord. The same process applies to the entire temple complex. On entering the temple premises, there is a place on the right side, where colorful programs go on. 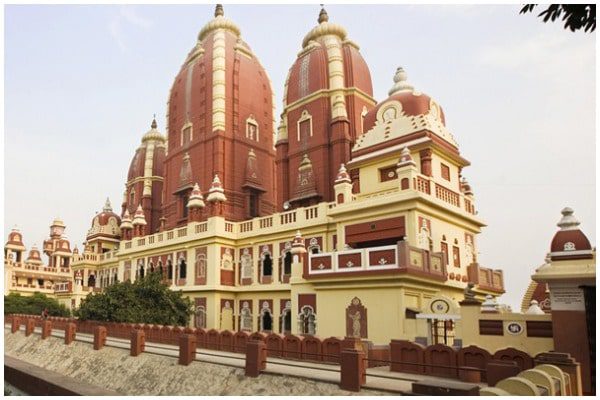 Birla Temple is also known as Laxmi Narayan Mandir. Spread over 7 acres, this temple is one of the most beautiful temples in Delhi. The temple is built in the Nagara style, while the exterior of the temple is made of white marble and red sandstone. This temple, built on Mandir Marg, not far from Connaught Place, was inaugurated by Mahatma Gandhi. He had put a condition before inaugurating the temple that people of all religions and castes would be allowed to enter this temple. Apart from attractive sculptures made by marble, beautiful garden and fountain, there are also two caves and a lake in the rear part of the temple, which attracts tourists.

See More: 5 Things You Can Do Early Morning in Delhi 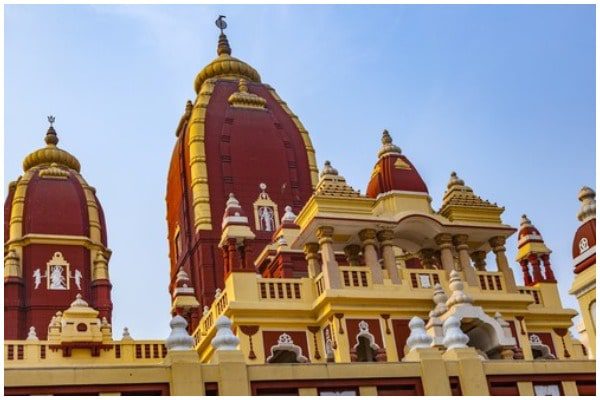 This is the oldest Jain temple in Delhi, which is located in Chandni Chowk, opposite the historical building Red Fort. This beautiful temple made of red sandstone is also known as Lal Mandir or Red Temple. This temple is very popular among the people of Jainism. The main deity of this temple is Lord Mahavir, who was the 24th Tirthankara of Jainism. A book store has also been built here for the people who are fond of reading, where many literature and texts related to Jainism are kept. Let us tell you that it is forbidden to carry leather goods and shoes in this temple. Whenever you visit this temple, do not take any leather goods with you. 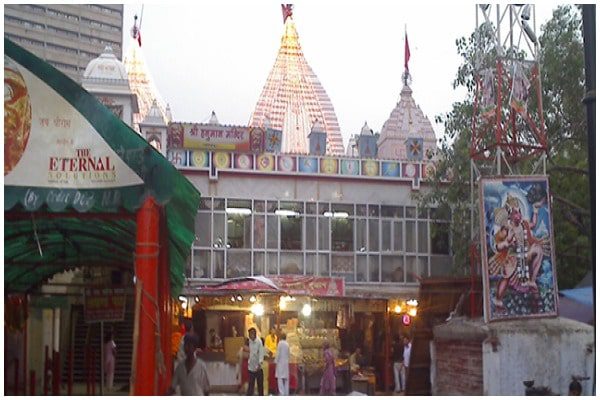 It is one of the oldest temples in Delhi. It is believed that this temple was built during the time of Mahabharata. Located in Connaught Place, this temple was rebuilt in 1724. The special thing about this temple is that for almost 55 years, the mantra of Shri Ram, Jai Ram, Jai Jai Ram is being chanted 24 hours a day. For this reason, the name of Hanuman temple is included in the Guinness Book of World Records. Talking about the structure of the temple, the four pillars of Sundarkand are carved on the pillars built in the temple and many pictures of God will be seen on the ceiling as well. 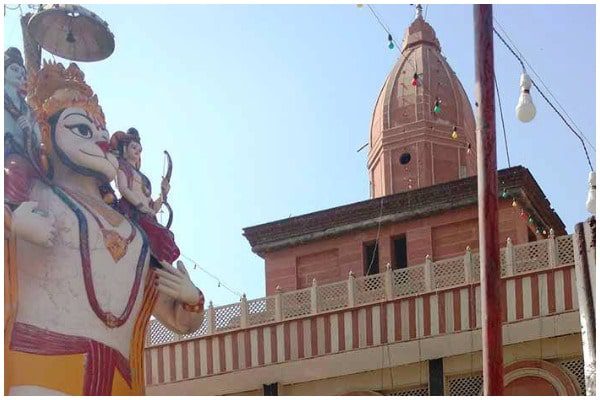 Situated in Preet Vihar, Delhi, this temple is famous as the cave temple. The main attraction of this temple is the huge idols of Lord Ganesha and Lord Hanuman built here. Devotees from far and wide come here to have darshan. Apart from this, there is also a big cave, inside which you will feel that you have come to Vaishno Devi temple. The idol of Vaishno Devi is also installed inside this cave and when coming out of the cave, one can see the grand idol of Lord Bholenath, which is built on the top of the cave. In the days of Sawan, a unique makeup of Lord Shiva is done here and the temple is also decorated in a grand manner. If you are a Shiva devotee then definitely visit here in the holy month of Sawan. 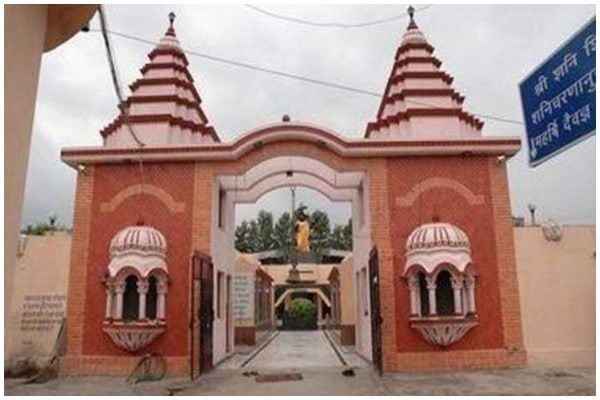 Shani Dham temple should not be talked about in the famous temples of Delhi, how can this happen. This is the most popular temple in Delhi. The special thing about this temple is that the idol of Shani Dev installed here is the tallest statue in the world. It is said that this idol of Shani Dev is made of natural stone. Nobody made it with their own hands. As soon as you enter the temple, you will see Shani Dev in both the north and south directions. Apart from Shani Dev, you will also get to see idols of other gods and goddesses here. 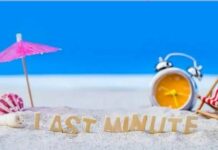 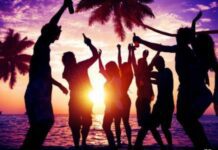 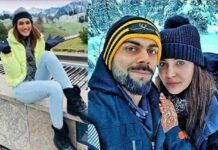 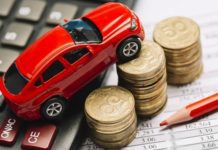 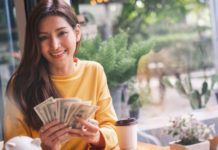 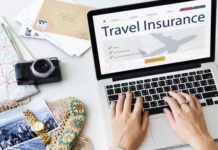