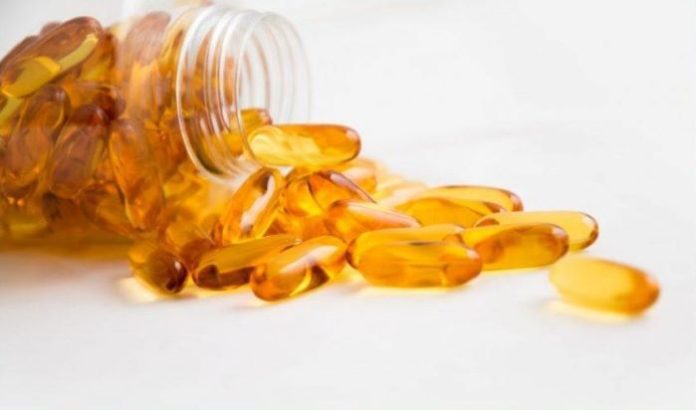 What is Fish oil

Fish oil is the fat extracted from the tissue or tissues of fish. It is mostly extracted from oily fish like herring, tuna, mackerel etc. Sometimes this oil is also extracted from normal fish liver and is called cod liver oil.

According to the World Health Organization (WHO), every person should eat 1 to 2 portions of fish a week. This is because the omega 3 fatty acids present in fish are very beneficial for the body and also protect against many diseases.

30 percent of fish oil is made up of omega 3 fatty acids. The remaining 70 percent consists of other oils. Apart from this, fish oil also contains some vitamin A and vitamin D. At the same time, it should also be noted that omega-3 from fish oil is more useful than omega-3 from plants because they provide more health benefits.

Not only health, the benefits of fish oil are also for the skin and hair.

1. Healthy for the Heart

1. Healthy for the Heart

Research has revealed that people who eat a lot of fish are less prone to heart diseases. Eating fish oil can benefit many heart-related diseases in many ways like-

2. It can reduce the level of triglycerides by 15 to 30 percent.

3. It does not allow plaque to accumulate on the arteries and prevents them from hardening.

The human brain is made up of about 60 percent fat and most of it consists of omega 3 fatty acids. Therefore, omega 3 is considered very essential for the normal functioning of the brain.

Eating fish has always been considered beneficial for eye health because the eyes also need Omega 3 like the brain. Omega 3 is also available to the body by consuming fish oil and therefore it is considered useful for the eyes, but more research is needed in this direction.

Good levels of omega 3 in the body are also considered good for bone health. Fish oil has been found useful in increasing bone density. Omega 3 controls the minerals present in the tissue surrounding the bone and maintains the strength of the bones.

Omega 3s present in fish oil are high in omega 3 called EPA (eicosapentaenoic acid) and DHA (docosahexaenoic acid) and they are more beneficial for health. The anti-inflammatory properties of fish oil and EPA omega 3 have been found to be beneficial in arthritis. It helps in reducing joint pain. Fish oil reduces the protein group cytokines present in the body and these are the causes of arthritis or joint pain.

Omega 3 also helps in correcting the mood and relaxing the mind. For this reason, it has been found useful for reducing anxiety and depression.

Fish oil improves the hormone levels of both men and women and thereby increases fertility. It has been revealed in many researches that the consumption of fish oil in men also increases the sperm count and their hormone levels are saved from getting messed up.

In order to fight infection and injury, the body finds a way for inflammation. Chronic inflammation is seen in the body in diseases like obesity, diabetes, depression, and the consumption of fish oil keeps the inflammation under control and also reduces gradually.

Fish oil has anti-inflammatory properties and for this reason it is also helpful in arthritis.

A research has revealed that daily intake of 6 grams of fish oil helps in reducing excess fat from the body. The EPA and DHA present in it help the body to stay in the right shape. There are many ways to reduce obesity, but if you eat fish oil regularly, it helps in reducing obesity along with improving health.

Omega 3 has always been known to boost immunity. According to research published in The Journal of Nutritional Biochemistry, the DHA present in fish oil is known to improve the immune system. Consumption of fish oil can be included in the remedy to increase immunity.

Omega 3 fatty acids present in fish oil are believed to be helpful in relieving kidney diseases and reducing symptoms. Let us tell those who are looking for ways to reduce the increased creatinine in the kidneys, it has been revealed in research that regular consumption of fish oil can improve kidney health and it also gradually decreases the level of creatinine. High creatinine levels usually result from improper kidney function or some underlying disease.

Fish oil is very useful for skin health. The anti-inflammatory properties of fish oil provide relief to the skin from infections. The EPA and DHA present in fish oil also maintains skin health and also provides relief from sun damage to the skin. Omega 3 hydrates the skin and supports the skin barrier so that there is no water loss from the skin. The signs of aging on the skin also do not emerge easily by eating fish oil and it is also included in the remedies for glowing skin.

Regular consumption of fish oil keeps the hair healthy and strong, so its use is included in the methods of hair growth. Fish oil is a healthy fat that nourishes and hydrates the scalp from within, and as a result, reduces hair fall and increases hair growth.

When, How, How Much to Eat Fish oil Capsules

If you don’t eat 1 to 2 servings of oily fish each week, you can take fish oil capsules as a supplement. Its taste and aroma are so strong that it is best to eat it in capsule form.

Those who can tolerate its smell can apply it on extremely dry skin by mixing it with some other oil.

Consuming fish oil capsules with food improves absorption of omega 3 fatty acids in the body as well as from its side effects like acid reflux etc. The most important thing to follow for eating fish oil is regularity because the benefits of fish oil capsules are not visible immediately but are visible after a long time.

Since there is not much information about whether the level of EPA and DHA in the body should be 3 grams or 4 grams per day, it is best to consume it after consulting a doctor considering the needs of the body.