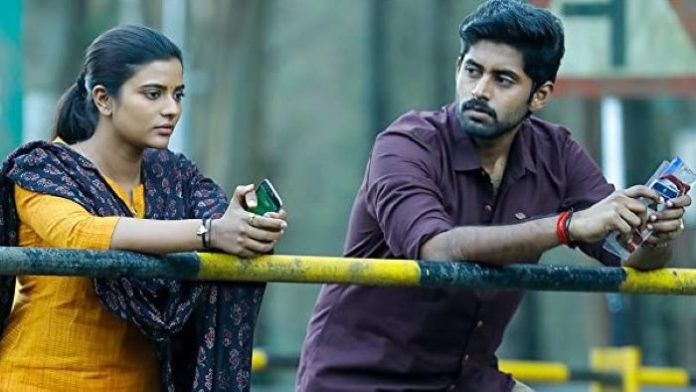 Due to the OTT platform, movies and web series from many countries and languages ​​are available to watch. Work is also going on in many languages ​​in India and recently came the crime thriller web series Suzhal The Vortex made in Tamil which has been dubbed and released in many languages. The series is written by Pushkar-Gayatri who have done a good job in South India and are currently making ‘Vikram Vedha’ featuring Hrithik Roshan and Saif Ali Khan.

Suzhal – The Vortex series is about a case which is getting complicated by the day. The work for the police is increasing and the leads are not being found. How this case gets resolved is told in the series of eight episodes.

The story of Suzhal – The Vortex is set in Sambalur, a town in Tamil Nadu where union leader Shanmugam (R. Partiban) is having an altercation with his boss Trilok (Harish Uthman) in a cement factory located there. Suddenly a fire breaks out in the factory and everything is destroyed.

Meanwhile, Shanmugam’s daughter Neela (Gopika Ramesh) goes missing. Who set the factory on fire and where did Neela disappear? Police officers Regina Thomas (Shriya Reddy), Sub Inspector Chakraborty (Kathir) and Shanmugam join in to find out. As they feel that they have come closer to the criminal, they learn that the case has become more complicated.

The story is linked to the Tamil Nadu festival Mayanna Kollai in which Goddess Angalamman is worshiped for 10 days and the case is resolved in 10 days. The way the story is intertwined with this festival in Suzhal – The Vortex is very interesting. It is a unique experience to see the interior of Tamil Nadu, its traditions, beliefs of the people.

This series is directed by Bramma ji and Anuchan Murugaiyan. Both have directed four episodes each. The first three episodes are great and the series creates a grip on the audience from the first episode. Why the fourth episode has been kept is beyond comprehension. The story doesn’t move an inch and spends 45 minutes. It is not necessary that if there is a web series, then only eight to ten episodes should be made. Less can be made. Why drag things out unnecessarily? Things get better from the fifth episode.

Some leeway has been taken to wrap up the story. Some questions also come up which have been tried to justify, but the audience is not completely satisfied. Take for example the character of Nandini (Aishwarya Rajesh). Nandini is shown to be very quick-witted, but she weakens by the time the climax approaches. Even the things that have been shown about his illness are not digested.

There are not many flaws in the writing, but whatever they are, they are hidden through skillful direction. Suzhal – The Vortex’s rendering is excellent. The local flavor of Tamil Nadu added makes the series worth watching. There are also some interesting characters like Shanmugam, Rigana, Sakkarai, Trilok, Neela, Adhishyam who keep the interest in the series. The series has been shot very well and the hard work is reflected in it. The use of colors is also good.

The acting of all the actors in the series is superb. Suitable actors have been taken for each character who see fit in the role. Suzhal-the Vortex can be seen because of the interesting presentation.

Piracy is illegal and a punishable offence. Setlifestyle.in completely opposes Piracy. The purpose of this article is to provide information to you only. It is not our intention to encourage or promote Piracy and Illegal activities in any way.