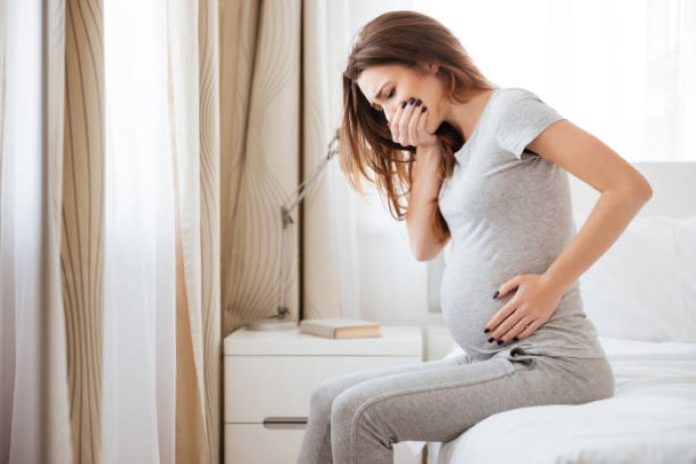 It is said that the first 3 months of pregnancy are very delicate. This is the reason that even today many couples share this good news with everyone only after 3 months have passed. From the initial stage of pregnancy to the last, every month matters a lot. Especially the first 3 months. Sometimes the pregnancy is not even known in the first month. And when it is known, then the pregnancy of 2 months has started. In such a situation, a pregnant woman starts taking care of herself from the second month itself. But now the question arises that what are the symptoms of 2 months pregnancy (pregnancy ke dusre mahine ke lakshan). Here we are going to give you complete information about what happens in 2 months of pregnancy (2nd month pregnancy symptoms).

– Morning sickness or persistent nausea throughout the day

– swelling in the legs

It is normal to feel spotting along with mild cramping or abdominal pain in the early days of pregnancy. In fact, bleeding in the early stages of pregnancy is so common that it can occur in up to 25 percent of pregnancies and does not necessarily mean that there is a problem with your pregnancy.

Fetal development at 2 months of pregnancy

At 2 months, the baby is the size of a raspberry. During this time the babies look like an alien, but some human characteristics are beginning to develop, such as eyes, a nose, a mouth and ears growing outwards. At the same time, some important body systems – such as the respiratory organs and nerves – are growing rapidly inside. Your baby’s brain is taking a huge leap in size, don’t worry, it will soon be more human-looking. His heart is beating at a rate of about 140 beats per minute, but you can’t hear it on the Doppler machine in your OB-GYN office right now. (However, you can hear a heartbeat on an ultrasound at 8 weeks.)

Speaking of ultrasound, your doctor may order it to be done between 6 and 8 weeks of pregnancy as soon as possible. There are many reasons for this, ranging from serious (like a suspected ectopic pregnancy) to completely benign (like you don’t know for sure when you last had your period, that is, how far along you are). In a healthy pregnancy, you can expect to see some exciting things during a transvaginal ultrasound, such as the gestational sac, yolk sac, the initial size of your baby and their super-fast heartbeat.

What happens at 2 months of pregnancy, especially with a pregnant woman’s body, can be a bit complicated to answer. In fact, in many cases it is entirely possible that your baby bump is already visible at 2 months, although it could be blotting as well. In most cases, there are no significant physical changes during 2 months of pregnancy. Yes, the weight of a pregnant woman may increase slightly. At the same time, the size of the breast can also increase compared to before. Doctors recommend wearing your bra throughout your pregnancy. If you do not do this, there is a fear of hanging loose and hanging on the breast.