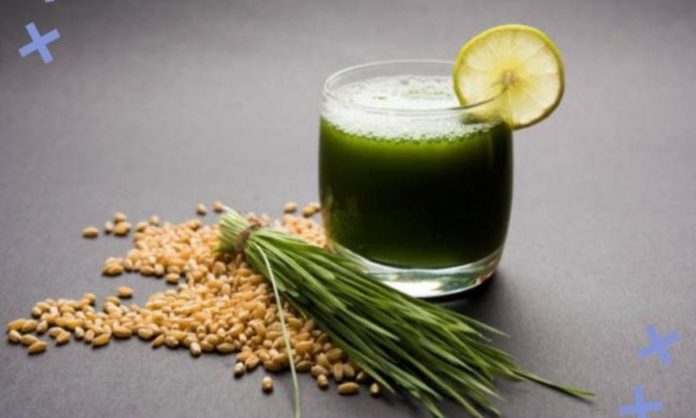 Wheatgrass may resemble a thin blade of grass, but it packs a powerhouse of nutrients. Composed of 70% chlorophyll, the life-blood of plants, wheatgrass is nature’s best medicine. One of the 102 earth elements found in soil, wheatgrass contains essential enzymes and 19 amino acids, along with calcium, iron, magnesium, potassium and phosphorus. It is usually consumed as fresh juice, but it also comes in powder form. Health enthusiasts have long touted the countless benefits of this plant, and for good reason. Here we are telling you about the benefits of wheatgrass.

What is wheat Sorghum?

Wheatgrass is also called wheat sorghum in Hindi. It is a food made from the Triticum aestivum plant. It is considered to be a super powerful health food with amazing benefits. Wheatgrass, the newly sprouting leaves of the common wheat plant (Triticum aestivum), has gained a lot of popularity in recent years. You can find it in juice bars and health food stores throughout the United States. Most of the people consume it in the form of juice.

Farmers grow wheatgrass primarily for animal feed, but in recent years it has become popular as a supplement and superfood. People harvest it early in its growth before it reaches its full size. This is usually 7-10 days after germination. Some people refer to wheatgrass as green blood because it contains high levels of chlorophyll, which gives wheatgrass products an unusual green color. Wheatgrass contains few calories but is rich in vitamins, minerals, proteins and enzymes.

It is a Superfood

Wheatgrass has antioxidant, antibacterial and anti-inflammatory properties. Apart from this, it is rich in iron, calcium, enzymes, magnesium, 17 amino acids, vitamins A, C, E, K, and B complex besides protein and chlorophyll. This is the reason why it is packed with a powerful combination of wheatgrass nutrients, and makes it extremely beneficial for your health. It has many medical benefits and is known as complete nutrition.

With its antioxidant properties, wheatgrass may help prevent cancer. Some studies have shown that it can help kill cancer cells along with reducing symptoms of breast cancer. Most of these studies are test-tube studies. Additional research is needed to prove the anti-cancer effects of wheatgrass. One study suggests that wheatgrass may help reduce the negative side effects of conventional cancer treatments.

Wheatgrass helps lower cholesterol levels, which can help lower your risk of heart disease. The antioxidants in wheatgrass have the ability to fight the build-up of harmful plaque in your arteries caused by a high-fat diet. Wheatgrass can lower LDL cholesterol and triglycerides in the same way as atorvastatin, which is a common cholesterol-lowering drug. Including wheatgrass in a healthy diet can help protect your heart.

Wheatgrass has long been used as a remedy for diarrhea and other digestive problems. Wheatgrass contains high levels of enzymes that aid digestion by helping your body break down food and absorb nutrients. The detox effect of wheatgrass cleanses your intestines. It helps you reduce the feeling of gas, bloating and abdominal discomfort. The American Cancer Society states that wheatgrass powder contains certain alkaline minerals that provide relief from ulcers, constipation and diarrhea. It helps in cleansing the colon and keeps acidity away. Wheatgrass juice may help reduce symptoms of more serious gastrointestinal issues, such as ulcerative colitis.

The benefits of wheatgrass juice can help reduce the symptoms of diabetes and control blood sugar levels. People have used wheatgrass as a traditional medicine to treat type 2 diabetes, and some scientists have found evidence that it may help. Wheatgrass can help increase insulin levels and lower blood sugar. Inflammation plays a major role in diabetes. By fighting inflammation, wheatgrass can also help people manage both diabetes and some of its complications. Wheatgrass contains compounds that have similar effects to insulin. It lowers the glycemic index of foods, which has a positive effect on blood sugar levels.

The chlorophyll present in wheatgrass has antibacterial properties. Wheatgrass can kill or slow the growth of certain infections. It may be especially helpful in treating antibiotic-resistant infections or people with allergies to specific antibiotics. Although it is not yet included in home remedies for pimple removal, applied to the skin, it can help treat burns and wounds by preventing infection. Drinking wheatgrass juice can help treat antibiotic-resistant infections.

Decreased metabolism can be caused by low hemoglobin. Wheatgrass enhances the function of your immune system. It can help ward off infection and disease. Wheatgrass has immunomodulatory properties, which means it can stimulate or suppress your body’s immune response, depending on what your body needs. If you do get any type of illness, having a stronger immune system can help you recover more quickly. Most people can try adding more wheatgrass to their diet during cold and flu season without any harm.

You should only buy wheatgrass from a trusted supplier, such as a reputable health store. When you first start taking wheatgrass, start with a small dose and gradually increase your intake to meet the recommended dosage. This will help your body adjust to digesting the wheatgrass. But just as there are benefits of wheatgrass, there are also disadvantages of wheatgrass. Its side effects include nausea, headache, constipation, upset stomach, fever, etc. These symptoms usually disappear within 2 weeks or as your body adjusts to wheatgrass.

If you like the benefits of wheatgrass given here, then do not forget to share them with your friends and family.