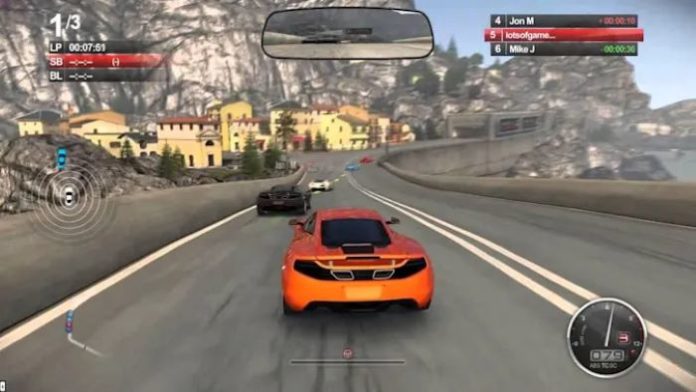 Best Car Racing Game Download Apps: If we talk about the year 2014, then the Android games collection was less developed than today and a normal graphic game was available on the play store and we used to play high graphic games in cyber café.

Talking about today, Android smartphone has many high graphic game apps available on play store and out of these the best category when it comes to Android games is Download Game which is populated with some excellent games which provide a great experience.

But, the sheer number of car racing games on Play store has left users in a dilemma as to which game is best for their needs and games with better quality, 3D effects and great graphics attract a lot of people like them.

Today I will tell you about some such 3D car game apps that people like to play the most and download car games for free. Which popular car games are in the list below to let you crawl down and all the car racing game downloads mentioned below are free.

This car game is one of the most popular car racing game list in the world and the developer of these games is Gameloft. Asphalt 9: Legends has a top roster of original hyper cars to drive which includes the likes of Ferrari, Porsche, Lamborghini and W Motors.

The size of this free car racing game is 1.8 Gb and is supported for iOS, Android phones. New for Car Drive is its Touch Drive Control option which lets you swipe the screen like in Temple Run and to overtake other cars, Nitro is given to increase the speed, click on this small icon By doing this, you can speed up your car instantly and use many event tasks, car collection, workshop etc.

The best part about the game is that it offers multiplayer races with your friends where 8-player car racing takes place on beautiful race tracks across the world. You can also play against your friends who are on other platforms as Real Racing 3 offers cross-platform multiplayer gaming which makes it a good multiplayer racing game for your smartphone.

To download this car game, after downloading the 38mb app on your Android device, again you will get 468Mb download. After this you can play Real Racing Game.

This Android game is based on an American road racing event where you have to compete against the best drivers in the world. It brings a high-octane drama to the gameplay, which gives you the feeling of driving a real car in a normal racing scene.

The Rebel Racing has tons of customization options including supercars, custom classics, add-ons, turbos and much more and the game uses stunning graphics to make it feel like a real car driving.

This car racing game is developed by “Gameloft”, in this game you will feel real driving is just like Rebel Racing and by doing driver test you can unlock many more cars. Talking about the car model in the GT racing game, many cars like Mercedes-Benz, Ferrari, Dodge, Nissan, Audi, Ford are included.

In GT Racing game you get 28 challenges every week in which you can improve your driving skills and conquer new cars.

This free car racing games is different from the list. Because, Asphalt Xtreme is an off-road game. This game was developed by Gameloft and has many tracks to hone your skills. The game has a career mode where one has to complete various events for accomplishment.

Also this free car game has multiplayer feature where 8 players can race at a time. If we talk about the graphics, then Asphalt 9 is similar to the car game. Things like bus, difference your car collection and off road will be seen, the size of this game is 1gb.

You can download free car games apps by going to the above mentioned car racing games Play store on the link.

And here’s a thing to note, these high games are designed to be downloaded and enjoyed for a free time-pass and an imaginary pleasure. No one has to include it in their personal or professional behavior.

So take care of yourself and enjoy the game to spread a free time, do not copy. Tell me in the comments which one of these best car games you liked the most.