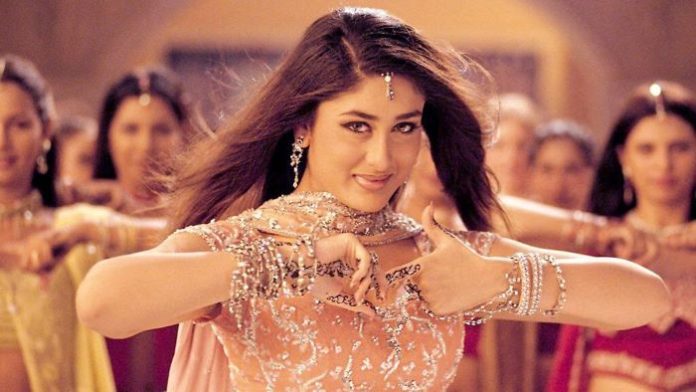 The wedding season is at its peak and one after the other we keep hearing the news of someone’s marriage. Be it the son of the neighbor Sharma uncle or Katrina Kaif and Vicky Kaushal, only shehnais are being heard everywhere. In such a situation, the pomp of every function of marriage is also at its peak. One such function is engagement. We have brought here more than one engagement songs for you, which will add to your engagement function.

There was a time when the engagement ceremony was done like a small ceremony between a few people of the house. But in the last few years, the engagement function has also started becoming very grand. Be it wooden or boys, all of them capitalize on this special occasion well, they all enjoy this function together. In such a situation, it is common to have dancing and singing in the engagement. That’s why we have brought you some such engagement songs in Hindi from the treasures of Bollywood, which have been adorning engagements since years.

This song from Pyaar To Hona Hi Tha, the perfect film for engagement is as popular today as it was when it came out new. After this, in almost every engagement, the sister’s brother was made to dance on this song. Even today you can feel the same thrill in this song on your engagement.

Both the bride and groom can dance on this song teasing each other. Filming this song of the film ‘Kabhi Khushi Kabhi Gham’ also went during the engagement. What can be better than this song to sweet-tempered the Banno ki saheli.

The groom can perform for his bride in the engagement on this song from Salman Khan and Twinkle Khanna’s film ‘Jab Pyaar Kisi Se Hota Hai’. The lyrics of the song are also similar. We will pick you up and take you away in a doli.

The boy can dedicate this song to his fiancé and can give his vigorous dance performance on it. By the way, this song is so bang that the people of the girl and boy side can come together and dance on the DJ feet.

Nowadays the engagement program has also started to be theme based. Before the engagement, the girl and the boy prepare their own theme and keep their dress code accordingly and dance as well. A DJ is the pride of an engagement. An engagement in which there is no DJ, it looks completely deserted. In such a situation, choose your favorite song and get it played by DJ Wale Babu and enjoy the engagement.

There was a time when a girl used to be shy and shy on her engagement. Now the girls have become quite bold and have started enjoying their engagement function openly. In such a situation, if the bride wants to give a dance performance during her engagement, then what can be better for her than ‘Bole Chudiyan’.

The boy can also dedicate this song to his fiancé. And if the boy is fond of playing the guitar, then what to say. Surprise everyone and especially his future bride, the boy can sing this song to the tune of his own guitar and can add to the glam of the gathering.

This is also a fun sagai songs on which the boy can give a great performance with his friends. This song from the movie ‘Sonu Ke Titu Ki Sweety’ is full of fun and frolic. This song is perfect to add to your engagement.

Everyone can give their performance together on this song. Gal Meethi Meethi Bol from the film ‘Ayesha’ can be a perfect option for the occasion of engagement.

This song is definitely old but its spirit is still intact today. If your love marriage is going to happen after a lot of hiatus, then you can dedicate this song to your father-in-law.

If you also like the engagement songs given here, then do not forget to share them with your friends, whose engagement function is just near.