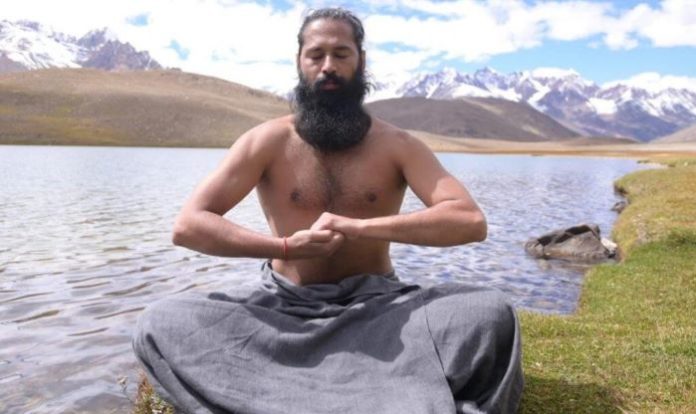 Yoga for Breast Cancer Prevention: October is marked worldwide as Breast Cancer Awareness Month. In India alone, there is a definite diagnosis every 4 minutes and 1 in every 22 urban women is at risk of developing the disease. The World Cancer Report (2020) suggests that the best way to reduce the risk of breast cancer is early detection through periodic self-examination and rapid treatment.

Breast cancer is one of the top three types of cancer prevalent in India and there is a growing need for awareness, early detection, treatment and right care. According to the WHO report the global scenario states that in 2020 there were 2.3 million cases and 685,000 deaths due to breast cancer.

Starting at age 35, women should have a breast self-test. This is important as most cases in India are detected at a later stage, making treatment efforts unsuccessful. A new study published in the Journal of the National Cancer Institute (April) announced that physical activity is an important factor in influencing the health outcomes of breast cancer survivors. Thus, exercise, especially yoga, is important for patients who wish to enjoy a better quality of life and good mental health. So let’s know from yoga guru Grand Master Akshar ji that how yoga can reduce the risk of breast cancer.

Savitri asana is a kneeling posture which has many benefits. It relieves stress, anxiety and depression, improves mental clarity, stretches the neck, chest, lungs and abdomen. Savitri asana also enhances the ability to breathe while improving the flexibility of the spine.

How to do Savitri Asana

• Start in all position

• Slowly lower the knees to the mat

• Keep knees and ankles parallel to each other

• Straighten the back, raise both hands up and look ahead

• Do not keep this posture for a long time

• Sit in a comfortable position of Sukhasana, Ardha Padmasana, Vajrasana or Poorna Padmasana.

• Keep the back straight, relax the shoulders and close the eyes to focus on the breath.

• Keep the palms facing upwards on the knees (in Pratana Mudra)

Vajrasana is a kneeling posture, and its name is derived from the Sanskrit word vajra, which means diamond or thunderbolt. This Diamond Pose is also sometimes known as the Admintine Pose. Vajrasana is recommended for digestion and can be done immediately after having a meal. It is also a good position for meditation and pranayama. This yoga asana can be done even after having a meal.

How to do Vajrasana

• Rest the pelvis on the heels.

• Keep the ankles close to each other.

• Keep the palms facing upwards on the knees.

• Straighten the back and look ahead.

• Remain in the posture for 5-10 breaths

Ganesha Mudra is a sacred hand gesture or “seal” used during yoga and meditation practice as a means of channeling the flow of vital life force energy known as prana. Named after the elephant god Ganesha in the Hindu community, this mudra is believed to invoke his energy in the form of removing obstacles. As such, practicing Ganesha Mudra is said to boost self-confidence and give courage to leave anything behind.

How to do Ganesh Mudra

• To practice Ganesha Mudra, bring the palms together in Anjali Mudra before folding each hand so that the fingers point towards opposite elbows.

• After coming to this position, move the hands back until the fingers are locked together and hold each other.

• The thumb rests on the little finger of the opposite hand and the hand remains at the level of the heart.

After a diagnosis of breast cancer it is important that we pay attention to our food intake and nutrition levels. The body needs enough strength and stamina to fight the disease and support whatever treatment is given. Eat frequent small meals throughout the day with enough protein, nutrients and calories.

Indoor workout Ideas to Keep Yourself Warm and Active

Times When You Should not Workout in Gym

Fitness lessons You Can Take From Shilpa Shetty Kundra